The museum's administration is located in Nykøbing Falster.

The museum includes collections / exhibitions in:

The museum's area of ​​responsibility covers the former Lolland-Falster Diocesan Museum and Guldborgsund Museum's areas and thus covers the whole of Lolland and Falster.

Museum Lolland-Falsters The board, cf. the museum's articles of association, consists of November 27, 2017 af syv board members, of which to municipally appointed (one member fra Guldborgsund and Lolland, respectively municipalities) and an employee-elected member, three: members elected of a selection panel on the basis of relevant competencies and a member elected by the board to supplement competencies:

Carsten U. Larsen, former director of the Folketing and the National Museum (appointed by the rest of the board, insight into research, public management and foundation work)

The Board of Directors holds four ordinary Board meetings annually. As a rulen in March, June, September and November.
The meetings are scheduled for one calendar year ad hallway. 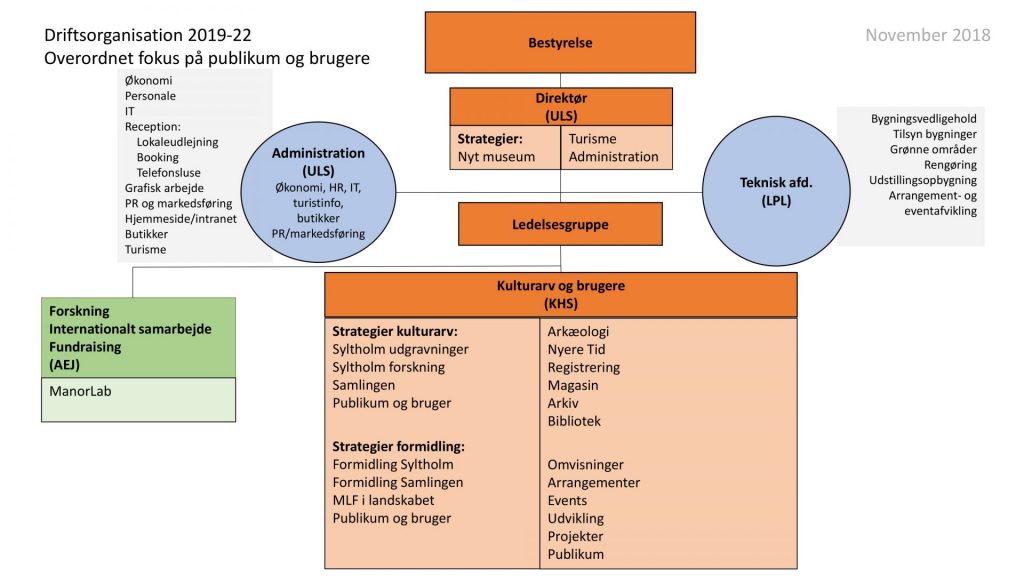 Articles of Association and Reports

The union representatives work for the community, and are the link between employees and management. They represent the professional organizations in the workplace, and ensure that the agreements and arrangements are complied with.

The union representatives work to:

Museum Lolland-Falster has two union representatives, who represent 3F and the Danish Master's Association, respectively. In addition, the museum has a spokesman for members of HK.

If you have any questions for Museum Lolland-Falster's shop stewards or the spokesperson, please feel free to contact them.