The double monastery in Maribo

In 1416, St. Birgitta founded one of her two Danish monasteries - in Maribo. The monastery, which was for both monks and nuns, gained great importance for the then city of Skimminge, which grew larger because of the monastery and ended up becoming the city of Maribo.

In 2016, the ruin was secured by the museum's building and conservation department in collaboration with the educational institution CELF, which made masonry apprentices available for the first 14 days of the security work. After this, only the museum's skilled craftsmen were responsible for the work.

As mason Finn Jensen said in 2016: “The security of the monastery ruin is done according to the correct regulations. We use a type of mortar that was used in the Middle Ages and monk stones of the correct type. However, we use new monk stones, so it is clear to the viewer what comes from this fuse. ”

Leader of the work, medieval archaeologist Leif Plith Lauritsen told: "Unfortunately, there is not much left of the old Birgittiner monastery, but we must of course take care of what we have. That is why it is important for us to secure what is left. What one sees on the site today is actually from a restoration in the 1930s where the original masonry was bricked inside to protect it. The boulders that can be seen on the site are the original ones, but they are unfortunately falling out of the construction in some places, which is also one of the things we must have secured ”. 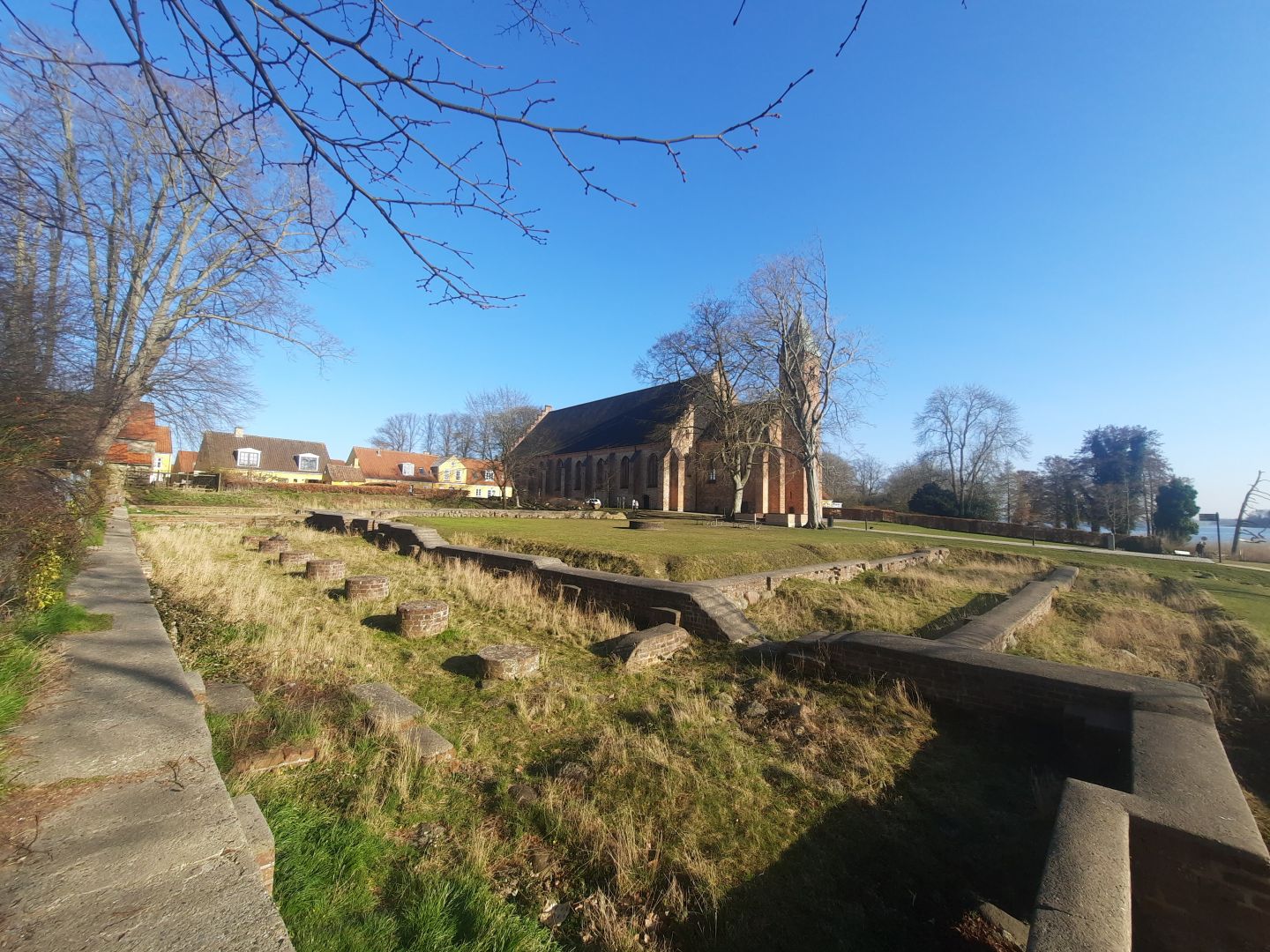