"A child with a forest on his head"

The small skeleton was reportedly found in a tomb on the Osbora Peninsula in 1891. On the coffin were engraved these words: "Yab Noes Laka Natok", which translates to "a child with a forest on his head". The child appears to have been affected by the Shope papilloma virus, which causes an accumulation of keratin in the head that resembles horns.

She was lying in a small coffin of clay with trinkets and bones around her, and it is believed that she has been worshiped as a deity. 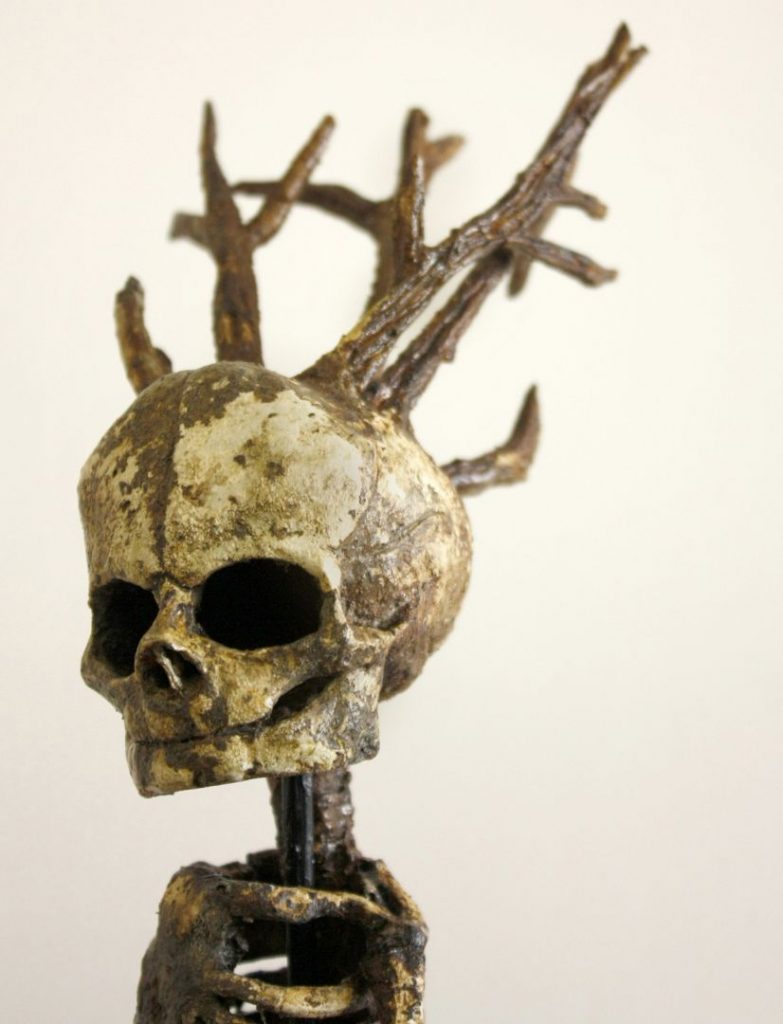