New exhibition at the Diocesan Museum: HAV

On 25 May, a special exhibition on fishing, people and the landscape on Lolland opens in the Stone Age and more recent times.

“We wanted to make an exhibition that shows that there is a common thread between past and present. That even though thousands of years have passed, a Stone Age fisherman and a contemporary coastal fisherman would understand each other, ”says Marie Brinch, archaeologist and one of those responsible for the new special exhibition at the Diocesan Museum in Maribo.

When living on an island, the sea is never far away. It is part of geography as well as psychology. At all times, the sea has been important to us, and in virtually all stories about Lolland, the sea plays an important role - as a livelihood and resource, as a lifeline.

The sea has shaped Lolland's landscape and development since the first Stone Age people settled. At the coast, the old and the new are woven together. Here the past and the people of today meet about what has always been the most important part of life on the coast: fishing.

“One leg of the exhibition tells about life on Lolland's south coast in the Stone Age. It is based on the findings and the knowledge that the excavations at Rødbyhavn have produced over the last 10 years. In our large exhibition LOLA, we tell a little about fishing, but in HAV this story is unfolded more, ”says Marie Brinch.

"The other leg tells about life on the coast in recent times, more specifically on Albuen in the 18th and 1900th centuries," says Cecilie Bønnelycke, stories and responsible for the recent period of the special exhibition. “Museum Lolland-Falster has a large collection of fishing gear, which has been used for generations by the old fishing family on the Elbow, the Gunnersen Family. Several of the gear are several hundred years old and tell of life as a fisherman on the Elbow through several generations. And they have never been exhibited before. ”

The two stories are linked by what they have in common: both tell about life with the sea as a neighbor for better or worse, and both have fishing as a significant source of food.

"And then there are many of today's fishing gear, which has its roots in the Stone Age," says Marie Brinch. “The materials are different, the shape may have been further developed, but the principle and function are the same. We hope it can create some aha experiences for the guests along the way - at least it did for us! ”

The exhibition HAV can be experienced at the Diocesan Museum in Maribo from 25 May 2022. 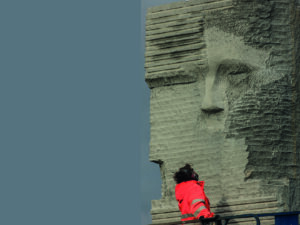 The dodecahedron in the Riding House 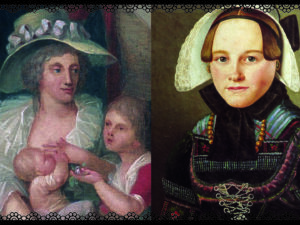 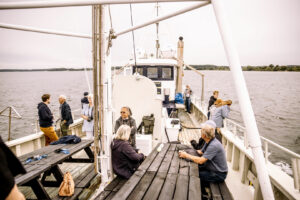 Buy a ticket for Sundfarten Guldborgsund