It happens that small elusive archaeological finds contain the greatest narrative. This is the story of how a nearly 6000-year-old lump of birch bark chews contains DNA from the woman who munched on the chewing gum.
For the first time in history, researchers have extracted a complete DNA genome from a human who lived when agriculture came to the area we today call Denmark, and whose ancestors were the hunter-gatherers who had lived there for millennia.
It can already be revealed that Lola, as we call her, was a girl or a woman who looked very different than we do today. There are many indications that she was dark in complexion, had blue eyes, and dark brown hair. The chewing gum also contained DNA from the most recent meal she had eaten.
The story is based on conversations with assistant professor Dr. Hannes Schroeder and PhD Theis Trolle Jensen from the Section for Evolutionary Genomics at the Department of Biology at the University of Copenhagen and Ph.D. Søren Anker Sørensen from Museum Lolland-Falster. They have just published their findings in the international scientific Nature Communications. 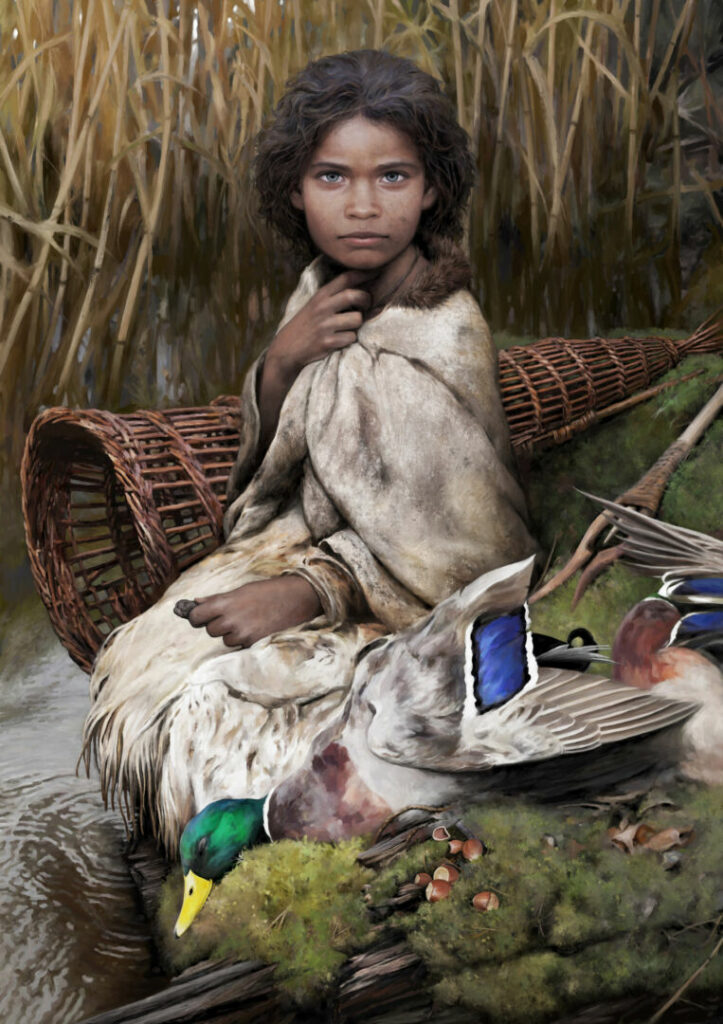 Once in the Stone Age, Lola sat by a beach and chewed on a lump of birch bark. We need almost 6000 years back in time; a carbon 14 dating of the pitch lump reveals that it happened in the period between 3850 and 3650 BC. Although the uncertainty margin of dating is almost 200 years, it is quite crucial, but more on that later. 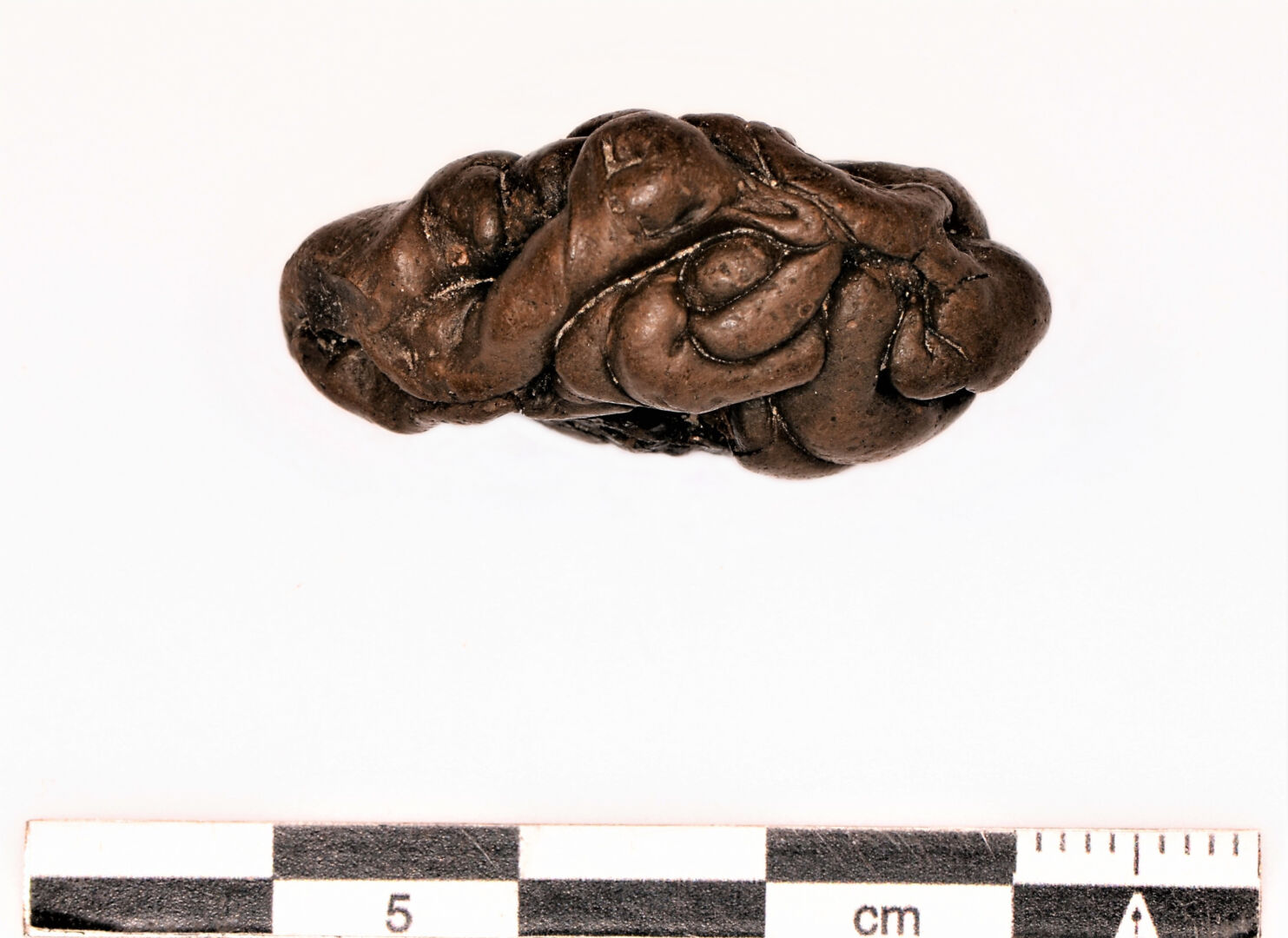 Behind her stretched a flat wooded landscape; we know it today it Lolland. In front of her, as far as the eye could see, lay a shallow lagoon. Today it is called Syltholm Fjord and is located east of Rødbyhavn.
The woman had just eaten the meat from a couple of mallards, some eels and a handful of hazelnuts. Now she was full and began to chew on a piece of chewing gum from birch bark. After a while, she spat it out into the water.
One day in 2015, the small lump of pitch appeared in an archeological excavation. It was found by archaeologists from Museum Lolland-Falster. They dug in the now dammed Syltholm Fjord prior to the tunnel construction, which will connect Denmark and Germany, and which cuts through the fjord.
More than 5700 years had passed since it left the woman's mouth. She was long dead and gone, yet the lump of bees somehow brought the woman back to life.
It was Theis Trolle Jensen who thought that the small lump of pitch could contain remnants of DNA. He participated in the archaeological excavation and knew of similar lumps found in Sweden. They are made from tar extracted from birch bark and they are not that rare at all. The gray-black birch beak becomes liquid when it is heated up and solidifies shortly after, this was used in the Stone Age as glue to attach, among other things, arrowheads to arrow shafts. But has also been used for chewing. There are no tooth marks in the lump, but it is folded and twisted in the same way as a chewed piece of chewing gum. Something that probably cleaned the teeth, but also acted as a mild antiseptic.

Maybe Lola chewed on the lump to make it soft and supple while cleaning her mouth. The tar in the lump of kills kills bacteria and this very property helped to preserve DNA from her saliva in the lump. How it tasted we do not know, but someone claims that it tastes like slanted tobacco.

Quite sensationally, the researchers succeeded in extracting an intact human genome and proving that you do not need bones, nails or skin from prehistoric humans to extract their DNA - a small lump is enough.